How do you feel about our website?
Great   Indifferent 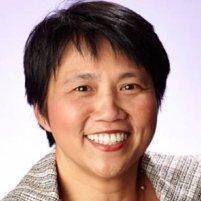 When you’re contemplating a hysterectomy, there are many factors to consider that can complicate your decision. Will it be a total hysterectomy? Will you keep your ovaries? Will you have a traditional or minimally invasive procedure? Dr. Srisawai Pattamakom is a highly-regarded, board-certified obstetrician-gynecologist at Ideal Women’s Health Specialists in Ventura, California. She understands the confusion and anxiety women experience when faced with a hysterectomy. She takes the time to explain your options fully and answer all your questions. Call the office today for an appointment or use their online scheduling service to book your visit.

What types of hysterectomies are there?

Technically, a hysterectomy is the surgical removal of your uterus. There are many levels to a hysterectomy, however, that may or may not involve removing your cervix, ovaries, and other reproductive structures.

Types of hysterectomy include:

What does a hysterectomy treat?

Because it’s a major surgery that can cause dramatic changes in your life, a hysterectomy is often considered as a final treatment alternative for:

What is a traditional hysterectomy?

A traditional abdominal hysterectomy is performed through a horizontal (bikini incision) or vertical incision in the abdominal wall. The uterus and other structures are removed using traditional instruments and surgical techniques. You’re typically under general anesthesia (asleep) for the procedure and remain in the hospital for 1-2 nights after the surgery.

It can take 4-6 weeks to fully recover from the surgery. During that time, you’re typically restricted from certain activities such as heavy lifting, vacuuming, and other strenuous chores. It’s also recommended that you not drive for 1-2 weeks after the surgery and avoid sexual intercourse for 6 weeks.

What is minimally invasive hysterectomy?